I have been an advocate and and activist for the Slow Philosophy since I discovered it in 2007. I even used to write a blog about it (currently on hiatus, but you can see it here). However, it is important to realise that the word “Slow” in this context, doesn’t really refer to a speed but a state of mind.

In fact The Slow Movement isn’t really about being Slow at all. It is about going at the RIGHT speed (of course, we don’t want an ambulance to dawdle if there has been an accident). More importantly it is about being unrushed, unhurried and therefore unflustered. It’s about doing one thing at a time and doing it right. By “slowing down” you can often, ironically, get more done, more quickly.

In fact, a common question I ask clients who are struggling to get the results they want is:

It’s a common assumption –  that is entirely wrong –  that if you are not getting the results you want you should do more. In my experience it often the opposite that is true. When I am doing High Performance Coaching most of it is getting the client to STOP doing things (which can sometimes be quite a tricky task…).

Here is a helpful infographic thing I did some time ago: 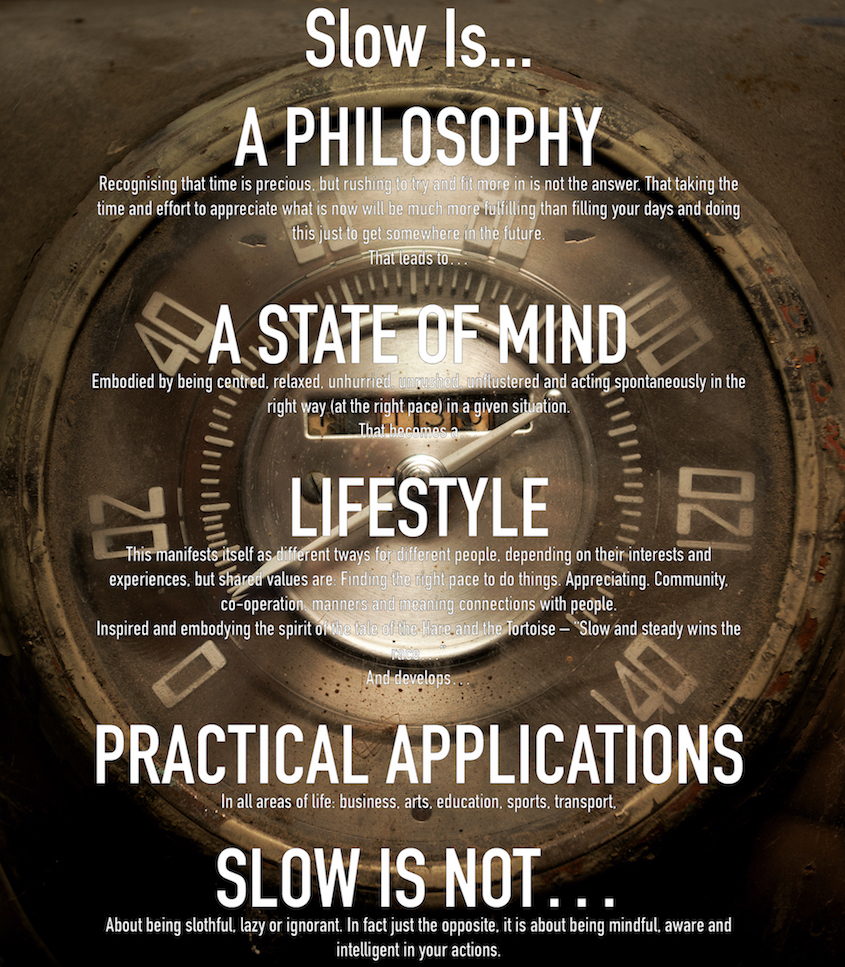 However, things are going much more slowly, in the speed sense rather than the philosophical sense, than I would ideally like. Regular visitors to this site (and why wouldn’t you be? It’s a treasure trove of spelling and grammatical errors, you could spend hours spotting them all).

I have managed to get some new headshots done, as I realised the ones I had had done by the brilliant Clive Reeves were 11 years old, Yes, 11 years old! Feels like yesterday (but memory will be the subject of another post…):

Other than that, not much has changed. I have had less time than I had hoped in the last few weeks (I haven’t even managed to keep up a simple weekly blog post, this being the first in 3 weeks) and when I have been working, I have been busy procrastinating… sorry, no not procrastinating, I have been updated my social media profiles and building a site to promote the new Thai Boxing club I am opening here next year. All important things to do, but maybe not as important as finishing this site…

Maybe I should write a post about prioritising outcomes?