The term Polya Patterns are thrown around in NLP and often associated to the Sleight of Mouth Patterns and talked about as “yes sets” but what are they really and who was Polya?

George Polya was a mathematician (much the same as Alfred Korzybski, the developer of General Semantics)  at Princeton who was curious about how people became to believe something if it wasn’t provable (and lets be honest, very few things are 100% provable). He referred to this ability to believe in something as “plausibility”, he wanted to see how things became so plausible, that at some point it becomes “true” for that person (they believe in it).

Also, if something which is not very probably occurs it tends to validate the case-effect belief which predicted it (pressing the button more often gets the lift to come quicker)

2. Verification of a Consequence

If B implies C and C is true then B is more credible.

If a belief presupposes some event or phenomenon and we verify this contingent event then it makes the belief more plausible.

Polya’s example is about criminal defence or prosecution and is believed to have committed it, and that crime needs a contingent event and that event is proven to have happened it makes it more plausible that the person committed the crime.

Say someone is accused of holding up a store with a gun and the prosecution demonstrates the person has a gun, then the possibility that they they held up the store seems more plausible.

A believe (b) is more plausible if an analogous conjecture is proven true.

This is where we draw comparisons to things that appear related, but aren’t.

Animal testing is the classic analogy. In fact much of science is based on analogous testing…

The plausibility of a belief increases is a rival conjecture is disproved.

This is the classic argumental process that the philosopher Nietzsche would use. He would rubbish the challenging conjecture and then provide his own. His own was often no more plausible, but because he has rubbished the alternative his appeared more plausible.

If the belief can be shown to be able to predict results better than random guessing then it is more credible.

Why Learn and Apply These Polya Patterns?

Understanding how a belief can be generated allows us to explore and (if appropriate) challenge, change or reinforce that belief.

To learn much more about these Polya Patterns and how we can use them in practice, book on my “NLP Master Practitioner Training“.

Or, if you want to revise your skills with the Meta Model, Polya Patterns and Sleight of Mouth, click here to see my “Advanced Language Mastery” cards. Or puchase them below: 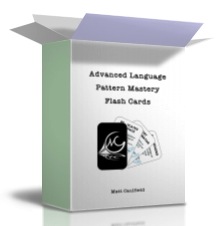 Advanced Language Mastery Volume I
The 36 card deck contains: • All the major and most important language patterns from the Metal Model and Milton Model to cut out. • A basic vocabulary refresher list • Suggested exercises • Tips for use These cards come as a pdf download for you to print out.
Price: £10.83 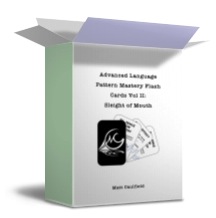 Advanced Language Mastery Volume II
The 24 card deck contains: • All the 14 original Sleight of Mouth language patterns • 2 additional patterns that are often included • The 2 Meta Patterns • The 6 Polya Patterns. • An explanation of the structure of beliefs • An explanation of the Polya Patterns of Plausible Inference. These cards come as a pdf download for you to print out.
Price: £10.83 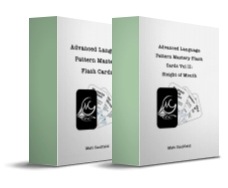 Advanced Language Mastery Volume I and II
The complete 60 card set including • The 36 set of the major and most important language patterns from the Metal Model and Milton Model to cut out. • The 24 set of the 14 original Sleight of Mouth language patterns, 2 additional patterns that are often included, the 2 Meta Patterns and the 6 Polya Patterns. These cards come as a pdf download for you to print out.
Price: £16.66

Followon TwitterSubscribeto RSS Feed
the closing of my coaching practice it’s not about outcomes, it’s about direction
Scroll to top