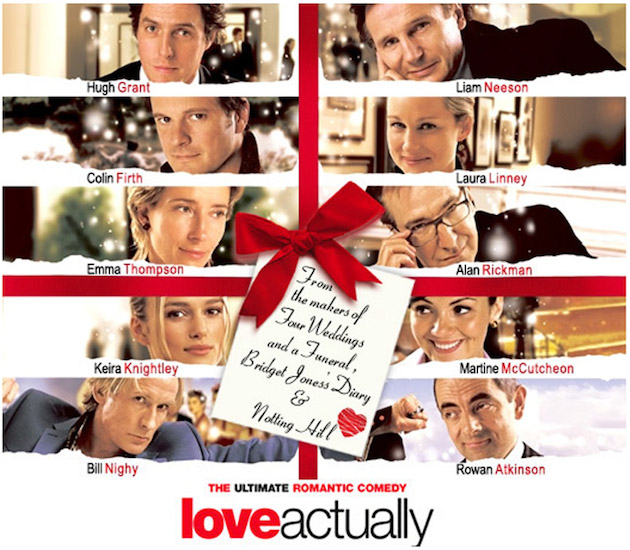 It is the festive season, which means I can watch one of my favourite films; Love Actually by Richard Curtis.

Which is utterly understandable. Our experiences create how we respond to the world. Two people will interpret a given situation in two different ways depending on their references, prior experiences, beliefs and current emotional state, because they respond to their interpretation of the events not the event itself. We respond to our internal representation (our map) of reality, not to reality itself.

Therefore, by creating an appropriate internal representation we are more likely to respond appropriately to a given situation. This, in essence, is what NLP is all about.

So, my question has always been ‘why create an internal world (map) that limits you?’ With absence of evidence to the contrary (and rarely is evidence as compelling as people think it is – many things can be interpreted many different ways) why not choose the best/most useful/most optimistic map that you can? It really is a choice. If it helps you get out of bed in the morning, believe whatever you want (as long as it isn’t harmful to yourself or anyone else)…

And I like to believe I live in “CurtisWorld” , where everyone is nice and friendly, and love, actually, is all around. Why not?

This internal representation (map or belief) makes me feel happy and helps me interact with people better, which makes them happier too. And evidence suggests that happier people tend to be more successful, less depressed(!), healthier and live longer. And happiness really is a skill; you can learn to be happy, you just need someone to show you how. And Richard Curtis has taught me a lot.

So, this festive season, why not give yourself and people around you the gift of happiness? Why not try living in “CurtisWorld” and see how you get on? You may enjoy it more than you think.

What Do Richard Curtis Films Teach Us About Being Happy?

“CurtisWorld” has a lot of lessons to teach us about how to live. Many of his films cover the same themes and here is just a handful of the things he has taught me through the years.

Be Involved In Something Bigger Than Yourself

What Richard Curtis teaches more than anything else is the power of community, whether that is just a group of very close friends or family, or even work colleagues.

Get out and about, make firm friends and spend time with them,  and have fun with them, stick together and support one another.

If you are going to say something, say it BIG! Whether that is declaring undying love to a movie star at a press interview or proposing to someone in a crowded restaurant. Or just thanking someone for doing your a favour. Be grateful and be bold about showing that gratitude.

When Colin Firth’s character in Love Actually, Jamie, races to Portugal to ask for Aurélia’s hand in marriage, he arrives at the airport to find only one taxi. Although he gets to it first he notices an old lady who also needs cab and graciously offers her his (and then has a tantrum), even though it inconveniences him.

Stand Up For What You Believe In

Whether that is beating up Hugh Grant for offending the woman that you love or not putting up with a world leader bullying you (as our current Prime Minster did not so long ago as a rebuttal to an alledge comment from a Russian diplomat, and our Mayor of London did to defend us against Mitt Romney’s criticism about our readiness to host the Olympics) or just signing an online petition, stand for something. (2018 UPDATE – my argument still stands, but I appreciate that recent events have changed opinions of the above people, just a little…).

We All Do Stupid, Embarrassing Things

Given the right incentive. In Love Actually, two characters acquire a new skill in under a month – drumming and being able to speak Portuguese. Both to woo the women that they love. If they can do it, so can you.

It appears, if Richard Curtis is to be believed, that anyone called Bernie is a complete w**ker.

Swearing Is A Perfectly F**king Acceptable Form Of Expression

F**k all those prudes who interpret as offensive a certain sound or written down squiggle on a piece of paper! Sometimes an expletive is the only appropriate way to express your current state.

And Finally – Love, Actually, Is All Around

You can choose to believe the world is dark and unforgiving place if you want, and that people are essentially evil and cruel and selfish. If that is what works for you then go for it. There is plenty of evidence that supports that belief if you look hard enough for it. But there is also plenty of evidence that shows us that the universe is an accommodating and supportive place and people are essentially nice. I choose to believe that love, actually, is all around.