One of the most common questions I get asked on my NLP Practitioner trainings are “Can I use NLP on myself?” My answer is always “If you don’t use NLP on yourself, you have no right using it on other people.”

In NLP the first person you persuade, manipulate and help change is yourself. You should not treat NLP as a bunch of stuff you can do to other people (this is the most trivial and base application and if that is your attitude you will often not progress very far), but as a behaviour upgrade on yourself.

And the place to start that is with your state. Your state dictates your behaviour, the choices you make and the way people interact with you (forget all those fancy language patterns, if you are an in appropriate state it won’t count for snuff…).

This is something I recently have been working on myself. When I run a training course, I spend so much time making sure the group was in the right state, focusing on them, that I often forgot about looking after myself and my own state. I would wear myself out and when I completed the course I would often crash and feel ill. Sometimes I would crash part way through a course and “self medicate” with sugar and caffeine to keep myself going.

I was doing totally the wrong thing and running a training was like doing 12 rounds with Mike Tyson. I had to change something if I wanted to carry on, otherwise I was going to kill myself!

So I started making a concerted effort to manage my energy and state better. Yes, I did some NLP jiggery-pokery, installing some anchors into myself and doing some sub modality work and self hypnosis (we’ll get to that).

But that will only take you so far. I had to look broader, I had to totally redesign how I went about approaching a training. I needed a brand new “training state” strategy. Ironically, I had spent so much time concerned with the content and the structure of the training course I had neglected my own state.

The first thing I did was change my diet. Rather than surviving on the sugary biscuits and coffee that I usually consumed (which not only gave me the wrong type of state – twitchy and slightly hyper – but also, after a few days of consuming them, gave me a very upset stomach, which again, put me in the wrong state), I started packing healthier snacks – nuts, protein shakes, fresh fruit and porridge. Which not only was better for my digestion (and my health in general), but gave me a more sustained and manageable energy release.

Next, rather than not meditating, doing Tai Chi or exercise whilst running a training (as I didn’t think I had time – the truth is, I didn’t have the energy) I started doing more.

Then, finally it was about taking all that preparation and using in front of the group. I took an idea from Michael Breen that he talks about; 5%, where you just go in 5% more than your audience and slowly crank it up, rather than going in full on and wearing yourself out! I also took an idea from Taoism about applying only 4 ounces of pressure (this, of course is a metaphor, not about pressing the attendees). All this took a bit of time to calibrate effectively. I would sometimes drop back into the old ways when I wasn’t paying attention and start to ramp up the state too much, or get myself too worked up, but by being mindful and utilising anchors, I slowly changed my delivery state strategy. Now I feel much healthier and don’t “crash” as much any more. This should also come across in my training delivery, helping sustain the appropriate state in the group.

Of course, like any new skill or habit, you don’t stop there, it is about constant tweaking and calibration. 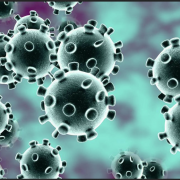 We Perceive The World Through ALL FIVE Senses At Once

The Law of Requisite Variety and NLP Strategies