There is no longer just one “style” of NLP. In the last 35 years, it has grown, fragmented and specialised applications have been developed.

It makes me think of “Kung Fu” (not the TV series, the martial art!). I like using the analogy or metaphor of martial arts probably because I have been training in martial arts since I was 12. I am sure people with other experiences can think of other analogies.

Kung Fu is an English word borrowed to mean “martial art”, it actually translates (roughly) as “Man (person) working”. So saying you do “Kung Fu” is meaningless unless you qualify what you mean.

It is now much the same as NLP.

You can no longer just say “I do NLP”, you have to qualify what NLP you do. Not just what “style” (who you trained with) but your applications, experiences and where and how you use it. So for example I would say “I use Bandler Classic Code NLP for Business training and Coaching”. Someone else may say they use “John Grinder New Code NLP (a huge misnomer, but it is not the place to discuss that here) for therapy and addictions”.

Like the bickering and infighting within martial arts and Kung Fu about which style is best (which led almost directly to UFC and the dumbed down thuggery of MMA) there is a lot of bickering and infighting in NLP about what is the best, or the “real” NLP. This, of course, is a massive over simplification. Anyone that has learned any new skill knows it is much more than that. It is about the ability, experience and relationship between the teacher and student. I would hope that if we started to “officially” recognise different styles of NLP we can reduce the bickering and infighting and start promoting the benefits of NLP in general. 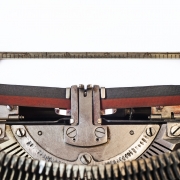 How To Get Ahead In Sport

Back To The Blogging Station

Followon TwitterSubscribeto RSS Feed
NLP VideoBlog Episode 22: A Positive From a Negative Experience E-Prime: Banishing the Verb “To Be”
Scroll to top